How would Alvin Purple go down in the age of #MeToo?

So it seems that Paul Hogan reckons a dinkum reboot of Crocodile Dundee would be a good idea. Perhaps this is because of the widespread disappointment over the fact that the recent trailer for such a movie turned out to be nothing more than a Superbowl advertising gimmick to promote Australia as a tourist destination.

Then there was the positive reaction to the #BringBackDundee campaign by the NT News, along with lots of other tweets and updates from fans across the world about why it would be worth making. 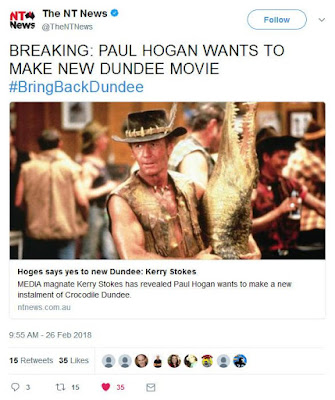 As I wrote before, I'm all for it. But it would only work if it was true to the spirit of the original. If, say, Chris Hemsworth reprised the iconic character (or played his son?) in a defiantly politically incorrect way it would trigger social justice warriors across the globe. Bonus!

And the idea of reviving this comedy classic has got me thinking about what it would be like to remake other great Aussie movies from the past. As well as The Adventures of Barry McKenzie, Alvin Purple comes to mind.

Now, on the surface it was just a naughty comedy about a plain lookin' dude who was utterly irresistible to women. But it was also a sly satire about feminism, censorship, and the sexual revolution in general. 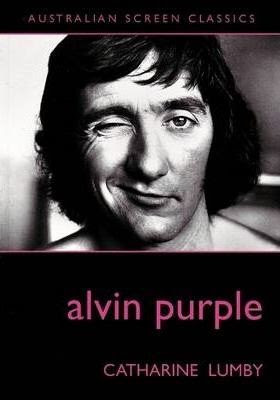 Given that we are currently in an era easily as psycho-sexually tumultuous as the early seventies I reckon it could be a good time to, er, res-erect that ol' Purple fella in a balls to the wall reroot! If it were as unapologetically Rabellaisian as the original, I think the public would love it.

Still, gotta wonder how such a fillum would go down with the Aussie sisterhood. And these chicks are extremely influential in the local movie "industry", let's face it.

Given that the plot "subverts the dominant paradigm" by making the female characters sexual aggressors, I think some of these sheilas would see it as a real goer. But then there are the more puritanical frightbats who think that all sex is rape, etc., and would therefore be extremely unlikely to come across on the issue. They'd likely see any filmic flippancy about such a serious subject as yet another example of "toxic masculinity", and demand the project be shut down.

And even if such a production were to receive funding, you've gotta wonder if any well known male actors would be game to take part in it. The #MeToo movement sprang from Hollywood, remember. And it has had big time ramifications for big name Aussie actors such as Geoffrey Rush and Craig McLachlan.

While many of the claims of sexual assault and harassment are harrowing and certainly have the ring of truth, there are some that seem somewhat over-egged, to say the least.

Alvin Purple is a sex comedy, so the casting itself would necessarily include a couch -- or rather, waterbed. While the cavorting would of course be scripted, there's a very real possibility that an ambitious young actress might subsequently decide that some of the touching she received in the audition was "inappropriate" -- particularly if she didn't get the role. Which is why I think many red blooded young Aussie actors might perceive the project to be as "problematic" as the frightbats themselves and steer well clear of it.

So, all things considered the odds of a new Alvin on our screens are remote ... Still, rude for thought, eh?

Wait on! Alvina Purple, with an all female cast, could be the go. Would have a much easier path to production, that's for sure.

What do you reckon? Any more thoughts on this subject?
Posted by MattHaydenAU at 12:28 PM