Some more thoughts on the unedifying mass tanty thrown by Australia's rock royalty: What they did was perfectly understandable. Rebellion is a common thread through all rock music, after all. And the establishment has long been seen as Christian and conservative.

I don't think that has actually been true since the fifties. But it's certainly long been a widespread belief ... So, for decades now if you wanted to be seen to be rebellious, you would set out to mock and offend those uptight Christian squares. And it was ultimately a good business decision.

Sure, you might have lost some sales as a result. But if you didn't obey the PC narrative there was no way you'd get access to that massive MSM megaphone, so crucial to commercial success.

But that's all changed in the last coupla years. A helluva lot of people have really woken up to how dominant cultural Marxism actually is in so many institutions and industries. They're spooked about it -- energized as well. They are the rebels now. And unlike in the past, they now have a means to join forces and build a movement -- namely social media.

The cultural dynamic is very different now. Yet Darren Hayes, Jimmy Barnes et al were still playing by the old rules. That's why I think that in the long term they may be shocked by the public reaction to their dummy spit over Cory Bernardi's playlist.

It won't kill any of their careers, sure. But I suspect it (and other PC virtue signalling they subsequently engage in) will slowly erode their fan base and ultimately their income.

That said, I can see that in some cases it was prolly a good decision, at least short term. Take Colin Hay for example. 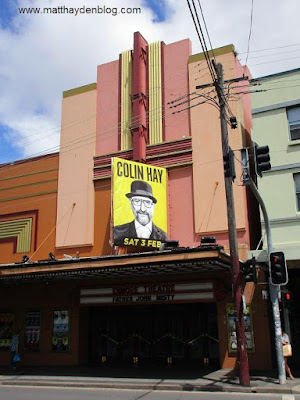 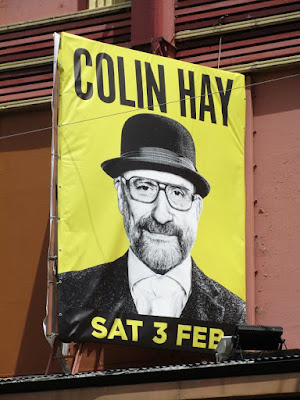 Shuffling down Enmore Rd recently, I saw that the ol' trooper from Men At Work had a concert slated at the iconic Enmore Theatre.

As anyone in Sydney knows only too well this suburb, along with those surrounding it, is absolutely chockas with PC types.

Now, I know that established musos tend to have diehard fans who will travel to see them. Still, I suspect that the combination of Hay being in the news sledging hate figure Cory along with all the local offline advertising would have resulted in quite a buzz about this one-off concert, which was actually held last night.

Not sure if he packed it out. But even if he didn't I suspect there were many more bums on seats than he would've had if he hadn't joined that attempted bolshie boycott of Bernardi's AC100 countdown on Australia Day. Fact that Hay's song "Down Under" came up as number one on it, therefore garnering some more media reports, wouldn't have hurt him either.

IMO he should actually thank the conservative pollie for the extra publicity! Something tells me he probably won't, though ...
Posted by MattHaydenAU at 11:33 AM